Home > News
Scientific Research | Xiao Ma published research results in the Journal of Physical Oceanography, revealing the relationship between the interannual variability of the barrier layer and air-sea coupling modes in the tropical Atlantic
Date：2022/11/19

Recently, Xiao Ma (the first author), a PhD candidate of the School of Oceanography, Shanghai Jiao Tong University, and his supervisor, Hailong Liu (corresponding author) published their latest research results online in the Journal of Physical Oceanography, entitled: “International Variability of Barrier Layer in the Tropical Atlantic and Its Relationship with the Tropical Atlantic Modes”. The research was completed in cooperation with Professor Xidong Wang of Hohai University. 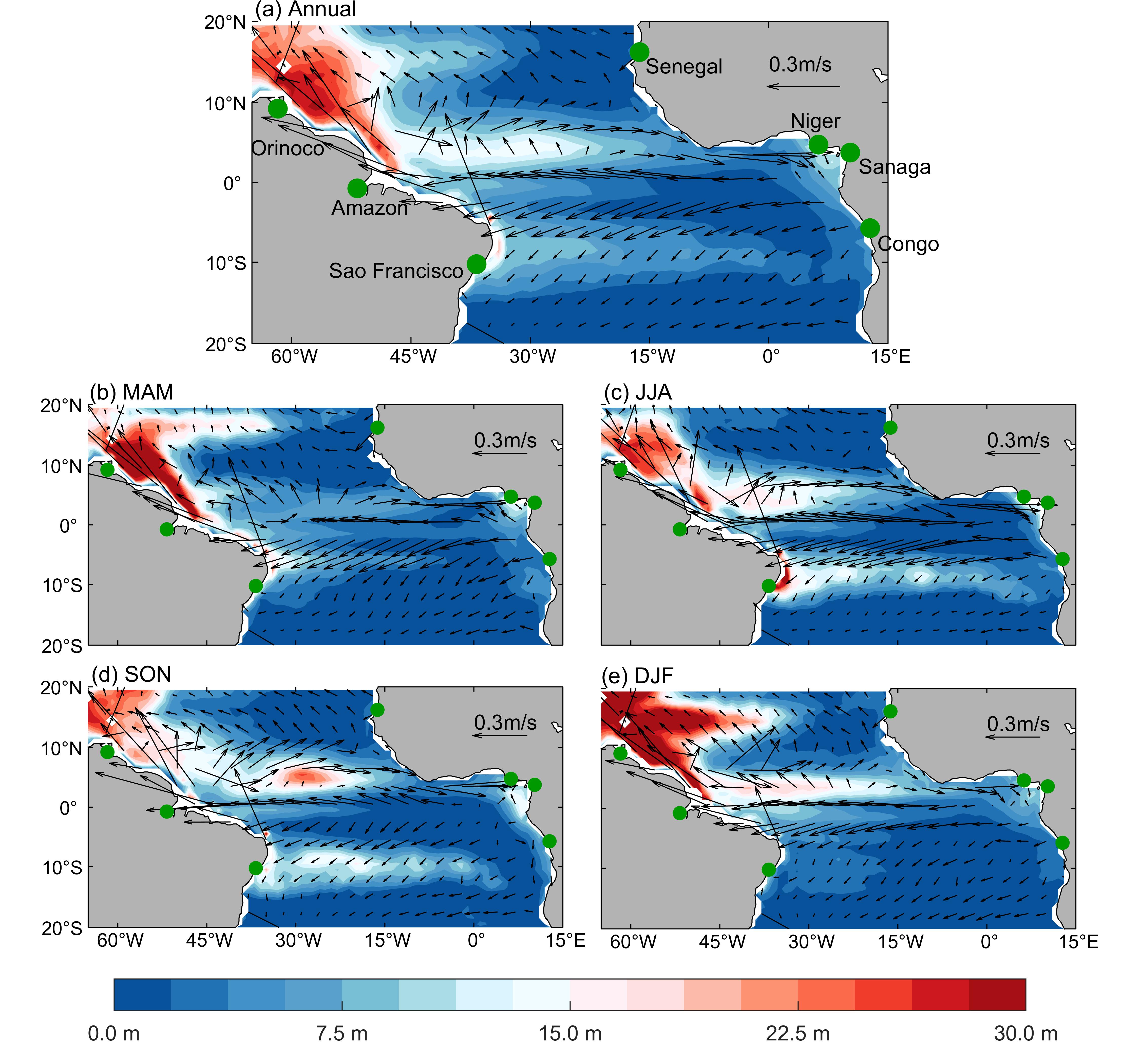 Fig. 1. (a) Climatological annual mean and (b-e) climatological seasonal means of BLT (shadings) and surface current (arrows) from ORAS5. All the above figures are derived from the average of monthly data from January 1987 to December 2016. The estuaries of 7 major rivers are marked with green dots. BLT = Barrier Layer Thickness.

The upper ocean stratification is affected by salinity, so the isothermal layer and the isopycnal layer do not necessarily coincide. If the isothermal layer is obviously deeper than the mixed layer, the interlayer between them is defined as the barrier layer. The barrier layer hinders the vertical exchange of heat between upper ocean and thermocline, leading to the warming of the upper ocean, and further affecting the local air sea interaction and even global climate. 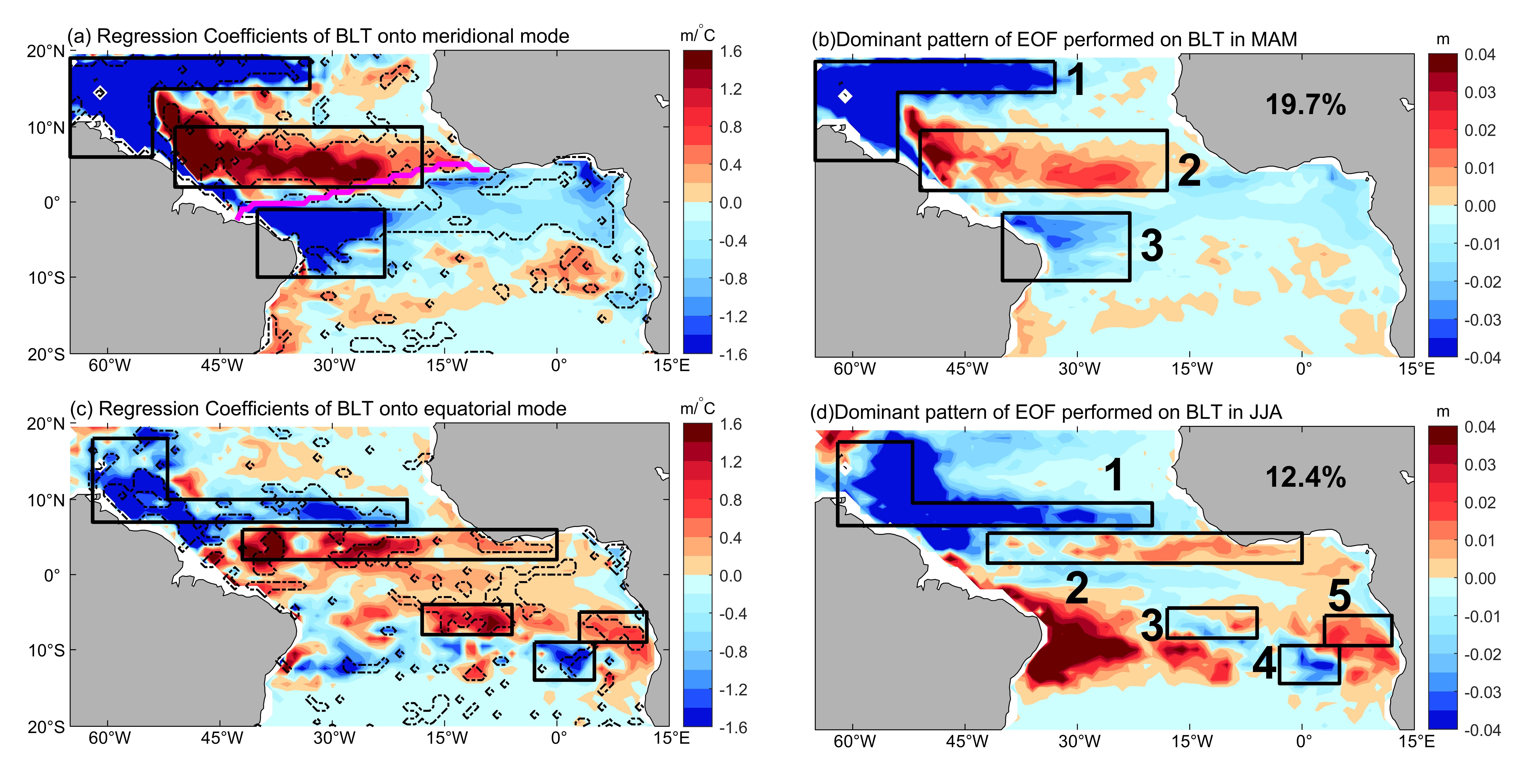 Fig. 3. BLT signature of the positive phase of the (a–b) meridional and (c–d) equatorial modes from ORAS5 reanalysis. Figs. 3a and 3c represent regression coefficients of BLT anomalies onto the meridional and equatorial modes’ time function, respectively (Fig. 2c and 2f, magenta lines), and Fig. 3b and 3d represent the dominant pattern mode of the EOF analysis performed on BLT anomalies in MAM and JJA, respectively. The front between positive/negative SST anomalies in Fig. 2a is superposed on Fig. 3a (magenta line). Hatched regions 1 to 5 delimited by heavy black lines are discussed in the main text.

The analysis results of heat and salt budget in typical regions show that the salinity stratification caused by the change of fresh water flux can’t explain all the variation of barrier layers, and the climate mode also affects the temperature stratification through the heat budget processes, thus having a significant impact on the barrier layers. The study reveals the relationship between the tropical Atlantic interannual climate mode and the local barrier layer variability, which provides a reference for the study of the occurrence of the Atlantic Niño and the dynamic thermodynamic process of the Atlantic Warm Pool as well as its climate effect.